Destination Anarchy! EVERY STEP IS AN OBSTACLE 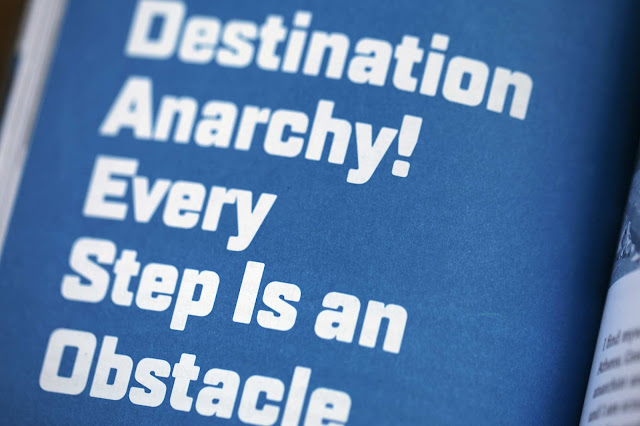 By Tasos Sagris of VOID NETWORK, this text is part of a series exploring the anarchist analysis of democracy in the book

From Democracy to Freedom

The Difference Between Government and Self-Determination CRIMETHINC editions

I find myself in the courtyard of the School of Fine Arts in Athens, Greece. It’s May 25, 2011, a hot summer day. A five-day anarchist and anti-authoritarian festival starts in six hours and I am scrambling to prepare all the small details I have in mind. I’m working alone.
I walk across the campus to bring an electrician from one stage to the other. In Spain, people have been on the streets for ten days now, after 75 years of silence. They are sending us signals of revolt, bringing the flame of liberation from the Arab countries to European land. We are just setting up for our festival: sound systems for three stages and two areas for public discussions and lectures; there is a theater stage, a book fair area, and workshop areas. We are about 30 people from two affinity groups constructing an area for 12,000 people. We are acting like a Spartan army (totally paranoid ideas about the amazing abilities of a small group of determined fighters). The mind is a spaceship. People travel to other planets during the summer nights for thousands of years now. We are on our way to anarchy! Sometimes it seems far away; sometimes it is suddenly all around us.
This same afternoon, there is an assembly behind the Acropolis for people hoping to bring the flame from Spain to Greece. For a year now, a small weekly anarchist assembly has met in Syntagma Square in front of the Parliament to talk about the crises. At the new assembly this afternoon, people decide to go and camp in Syntagma following the calls for action coming from Spain, Tunisia, and Egypt. They publish a call for others to join them. 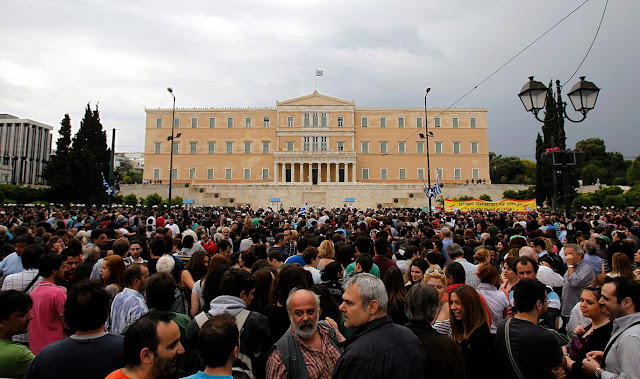 We can do an incredible amount of logistical work to prepare a space for people, but if the spirit of revolt draws them somewhere else, the important thing is to be there! We can spend our whole lives building a theoretical argument or an ideological position or an infrastructure for the movement—but when a revolt is taking place, we have to be ready to abandon what keeps us apart and find a way to meet each other, to spread beneficial ideas and revolutionary practices to those in rebellion.
What appeared that day was a tropical storm, an ocean arising in front of our eyes, vast and wild. 100,000 people gathered suddenly around the parliament, shouting the classic anarchist slogan against democracy, “We Want to Burn, We Want to Burn the Parliament, this Bordello!” Nobody was at the festival for the afternoon lectures; everybody was at Syntagma. More than 8000 people arrived late at night for the concerts and the techno-trance stage. The crowd was in a frenzy, sharing an unfamiliar and wild enthusiasm.
We went to camp at Syntagma with Void Network. We announced this in the weekly anarchist assembly “For the Self-Organization of the Society,” which we had been participating in for three years already. Some of the groups refused to come to Syntagma—they called it petit bourgeois, they kept a distance from it, just watching. Other anarchist, autonomous, and anti-authoritarian groups and individuals stayed at Syntagma all summer. We stayed there too, spreading anarchist ideas and practices among countless desperate people, participating in the organization of the Athens General Assembly to guarantee that everyone would have an equal opportunity to express himself or herself, to ensure that no political party or ultra-left group could manipulate the decisions, to keep leftists from taking over the movement.
Other groups came only for the three days of riots. The riots were vast… In the middle of financial collapse, in the middle of inhuman austerity measures, unemployment, and unbelievable state repression… this was one of the best summers of my life. 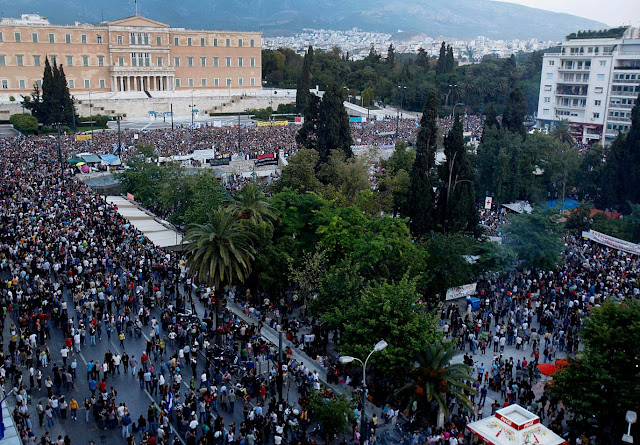 When the Greek government signed a contract with the IMF and Central European Bank in 2010, agreeing to austerity measures, it gave everyone the chance to see how global economic interests control representative democracy. People felt betrayed by politicians they had believed in for 40 years, politicians they had put in parliament to represent their interests. Furious, they imagined burning down the Parliament; many of them even tried to. Metal bars and 24/7 riot police protected the Parliament for three years, representing the final obstacle between the people and the economic interests that govern our lives.
The collapse of faith in representation was also a kind of emancipation. The obedient victims of superior logic and common sense shook free of the leadership of the politicians and the manipulation of the journalists. The unions and parties lost their influence. A new individual and collective intelligence and liberation arose in place of the old identities. Wild strikes took place after decades of apathy and obedience among what we call the general public, millions of people took part in wild riots—shouting first against themselves for believing in the politicians for so many years, and then against the politicians.
The people took a step. This is what happened during the summer of 2011 in Greece and many other countries. 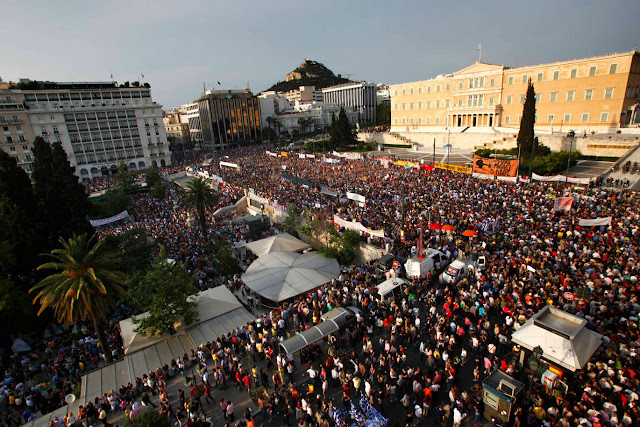 YOU CAN READ ALL THE ARTICLE HERE:
https://crimethinc.com/
Αναρτήθηκε από Unknown στις 3:33 π.μ. 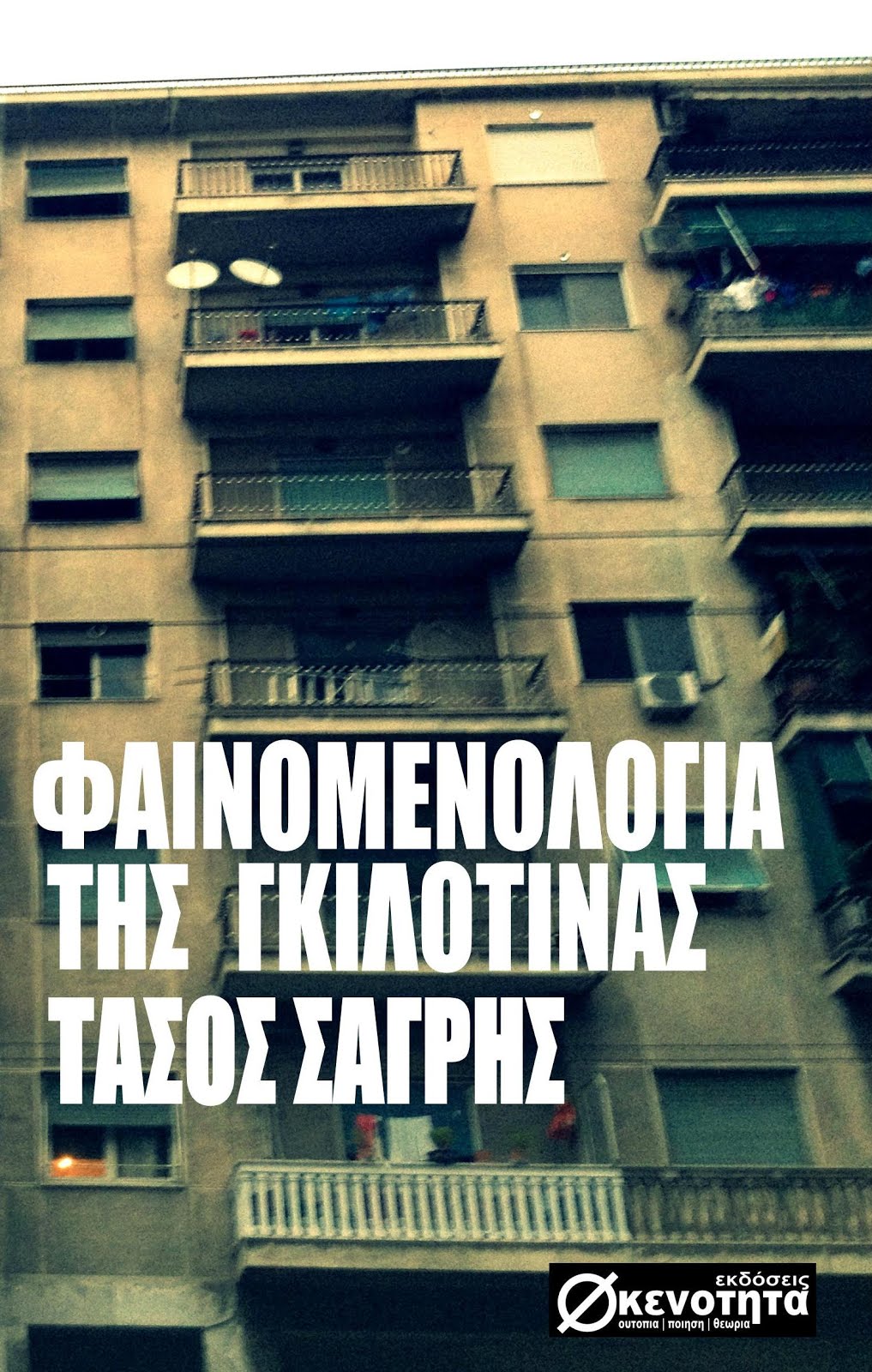 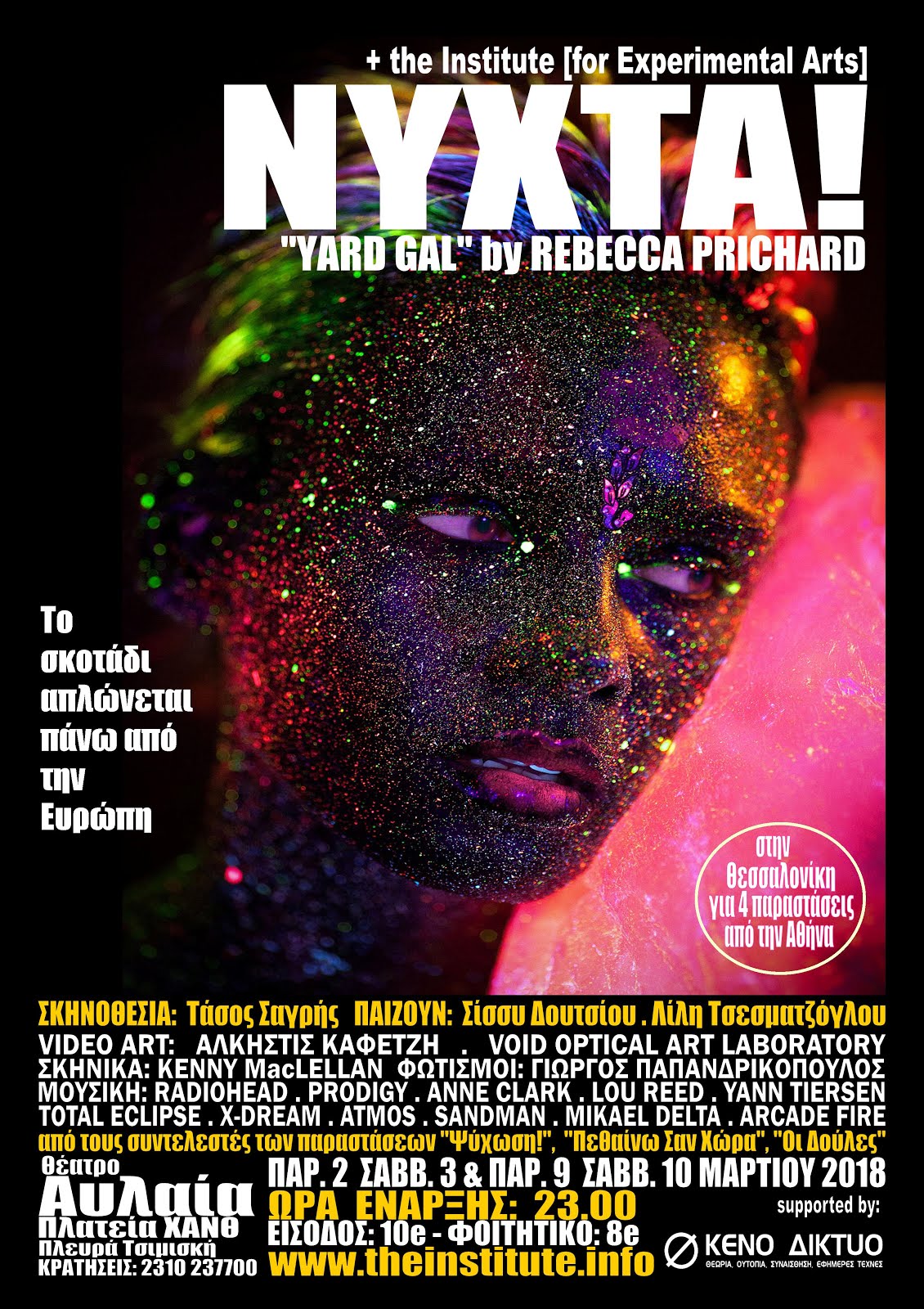 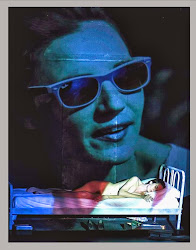 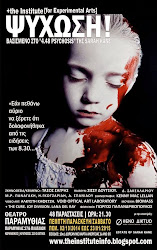 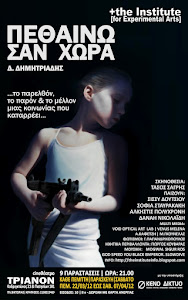 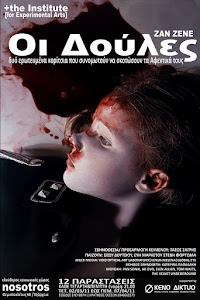 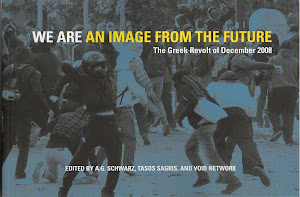 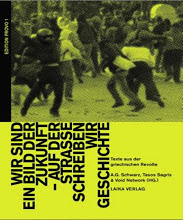 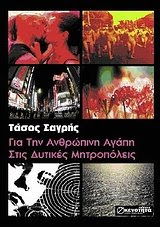